I was nervous because there was two days for the adventure camp. (the colonies).

(All to) I packed everything because tomorrow we went (come)!

I went to the adventure home (colony) and I told all my friends that there was is (something) mysterious.

I (wake) woke up, we went to a fantastic castle (fantastic)! I walked and I was (am) tired =Ffriday:

I was happy for all the adventures we lived, (if and) we looked at the girl in the piano!

They were the best!!!! Va ser les millor colonies!

WE WENT TO THE ROOMS AND WE (FIND) FOUND ROOMS WITH A MYSTERIOUS PIANO. (AT) ON THE NIGHT, WE LOOKED AT THE PIANO.

WE WERE VERY FRIGHTENED. WE WENT (AT) TO THE ROOMS AND WE PLAYED THE PIANO.

(AT) ON THE THIRD DAY THE PIANO DISAPPEARED.

(After) Then we (made) did the activities and saved the teachers.

(As for the burriac castle is the night and we slipping listen  the piano).

(Of) On the morning we  (made) did the activites, too.

After (of) eating we made two (cabañas) huts.

(Of) On the night we made theatre.

(Of) On the morning we went go to the new castle.

(After) At the end we went back ( go) to the Sabadell.

Georgina, Alejandro and I (Sara Membrives) (to) discovered a dog.

Alejandro, Georgina and (my) I (to morning we) saw Mega again next morning.

But after the mega discovery. the whole time I was overwhelmed.

I was already very sad to leave of Mega.

Wednesday: I walked in the ground, I stopped in front of the house, and I saw running people.The next day…

Thursday: When I left the cave,I saw running people again. I (will be) was lokking for clues, I  was looking behind me, and I saw a very big prehistoric, and I started running.

Friday: That day I went in a car . I saw him out the window , it wanted attack me but (what swerving) we swerved.

I arrived at (tower) atmeller tower.(, only missing) First I walked up the mountains to reach the burriac castle. I had dinner at nine o’clock and I started going up. At halfway, I asked: What time is it? Richard, one teacher. He replied: It’s midnight!!! When I went (go) to the forest, I listened a wolf. But it wasn’t (isn’t) a wolf, it(‘s) was a wild boar!! Runing and runing to one cave in the track. When the sun was (is) in the sky, I continued.

(Were) It was half past ten, we arrived at burriac castle. In the castle, (have) there was an old man, he was wearing a cloak and he was very pale. My first conclusion, he was the count dracula! But I realized than it was day. He was the owner of the castle, he  offerred (a) some rooms. In the night, (listened) Richard and (me) I listened a noise. I went upstairs (up) and (looking) looked at everywhere, it(‘s) was a surprise! It(‘s) was Fernando, the owner of the castle, eating (a) people!!

At dawn, Richard and (me) I went to the Sabadell. But a halfway, we (see) saw (a) Fernando and a big ghost. Marius our friend horse appeared (a Marius, we horse friend) Fernando and a big ghost dissappeared very fast. Marius and we went to (a) Sabadell. We thank you and  we arrived at the school. This is my experience of the burriac horror castle! It’s a terrorific and horrible story!! 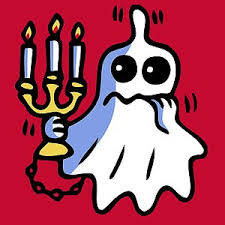 Wendesday: On Wendesday I arrived (it castle) at a very very big and terrorific castle. We played in the park, in the castle and in the forest. Then we (doed) did two tribes and (looked) visited the forest.

Thursday: We (doed) did one, two or and trhee profs and on the night, we did not sleep (in evrybody night). 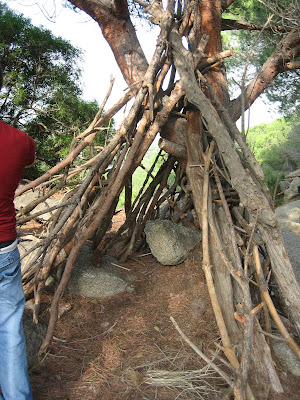 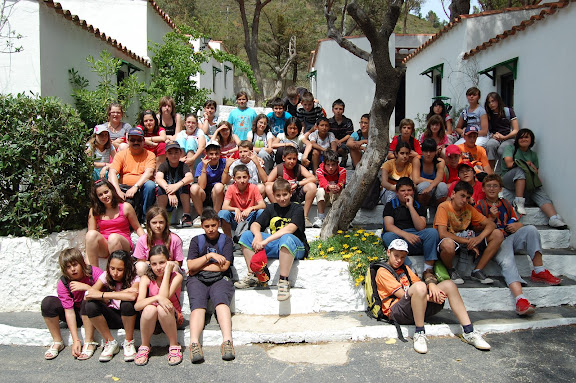 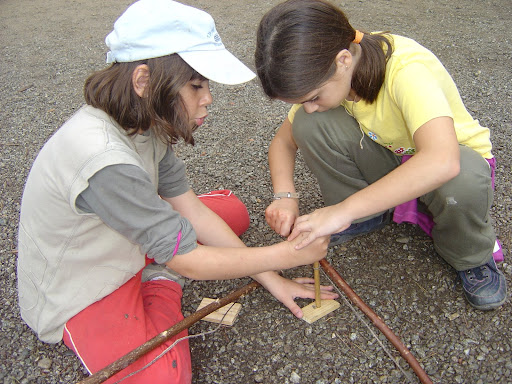