It’s an annual celebration of life found in many countries of the world. And in fact, by learning more about carnival we can learn more about ourselves and a lot about accepting and understanding other cultures.

WHERE DID THE WORD “”CARNIVAL”” COME FROM?

Hundred and hundreds of years ago,  the followers of the Catholic religions in Italy started the tradition of holding a wild costume festival night before the first day of Lent.  Beacuse Catholics are not supossed to eat meat during Lent, they called their festival, carnevale – which means “to put away the meat.” – As time passed, carnivals in Italy became quite famous; and in fact the practice spread to France,  Spain, and all the Catholic countries in Europe. Then as the French, Spanish and Portuguese began to take control of the Americans and other parts of the world, they brought with them their tradition of celebrating Carnival. Click on the image and do the word search. Can you find the 5 Carnival objects ? 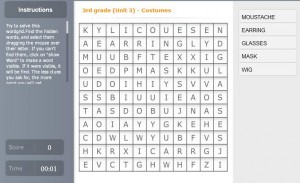 MASKS OF CARNIVAL OF VENICE

Masks have always been a central feature of the Venetian carnival.

Click on the picture and enjoy with some beautiful masks.

WHO’S BEHIND THE MASK? 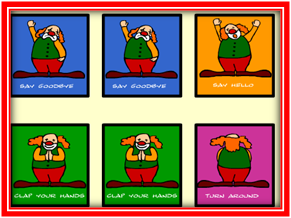 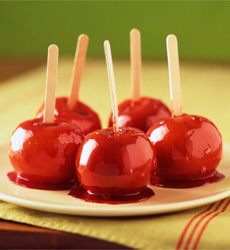 1. Wash the apples, remove the core stem and insert the popsicle stick where the stem used to be.
2. Parent Alert: Put the sugar, water, and syrup into the saucepan and cook it on medium heat until the sugar dissolves (about 8-10 minutes). Stir it and bring it to a boil. Keep it at this high temperature for about 15 minutes.
3. Remove the pan from the burner and add the food coloring.
4. Dip each apple into the syrup mixture so that it’s fully covered.
5. After you dip each apple, set it on a wax sheet of paper.
6. Let the apples cool for about an hour and then dig in! 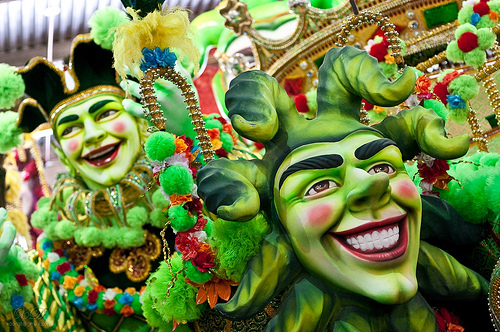 Listen to Camille Saint-Saen’s piece of music and try to identify which pieces of music represent the animals.

Watch the video of the Baby Triplets. They dress up as…which are the costumes?

THE MOST FAMOUS CARNIVALS IN THE WORLD

Rio de Janeiro (Brazil) where 900.000 tourists more or less visit and enjoy this Brazilian city on this period.  In Rio schools of samba make parades through their streets making this Carnival as the most popular in the world.

Venice (Italy) has the most elegant carnivals. People get dressed up, during eleven days, with traditional costumes of XVIII century and wearing marks.

In Cadiz are famous the band of charangas which signs ironic lyrics against the actual country situation.

New Orleans (USA) is always celebrated on Tuesday and its called Mardi Grass. The attendances are dressed with the official colours of the feast: Violet that symbolize justice, golden or yellow that symbolize power and green that symbolize faith.

Montevideo (Uruguay) is a long time Carnival that last 40 days. This makes it on the longest Carnival in the world. On it dramatization is mixed with African rhythms.

So many Carnivals ends with the burial of the sardine on Ash Wednesday. In Spain people use to dress up in black in mourning carrying sardines in coffins and crying like in a funeral.

But not all the people celebrate Carnival on February or March. In the United Kingdom, for example, where the majority of population are protestant, have others Carnivals.

Carnivals in the UK:

Maid of the Lough Erne in Kesh, Nothern Ireland

This carnival takes place in Kesh, during two weeks in the middle of August. Kesh is a village in County Fermanangh. This village is about 8 km from the border with the Republic of Ireland and close to Lough Erne.

This carnival is so different from others carnivals where the people get dressed up. In the Maid of the Lough Erne people celebrate their carnival with different activities like the Duck Derby, a historic car rally, tug-of-war competition and so on.

In Edinburgh, the capital city of Scotland, the carnival is celebrated mainly in the New Year’s Eve but it last four or five days. Market Street is a narrow street where you can enjoy this carnival. There are the fairground attractions, music bands on the streets, and brave people throw to Loony Dook (that means Lunatic bathe) icy water.

Aberaeron is a seaside resort town in Ceredigion, situated between Aberystwyth and Cardigan in Wales.

The Abaraeron Carnival takes place on the Monday Bank Holiday in August and the most remarkable thing is a colorful procession of floats in a big parade where people is dress up and play instruments.

Bray Carnival, Republic of Ireland (Not in the UK )

Bray is a town in north County Wicklow in Ireland. Bray Carnival stars on 12th March and ends on 17th March celebrating St. Patrick’s Day. There are a lot of activities such as rides for all ages, live music, fireworks and parades. The most important day is 17th March with the St. Patrick’s Carnival Parade.