As I said in my last visit, here is a new article about how different is my life in London.

One of the most surprising things I can see every day is that most of the Londoner pupils wear school uniforms in Primary and Secondary, state and private schools. As you know in Catalonia it is customary to wear uniforms only in some private schools.

I have found many opinions for or against school uniforms… You can think about and find your own opinion.

This practice dates to the 16th century. Nowadays the Government believes that school uniforms play a valuable role in contributing to the ethos of schools: The Department for Children, Schools and Families strongly encourages schools to have a uniform as it can instil pride, support positive behaviour and discipline, encourage identity and support for school values, ensure pupils of all races and backgrounds feel welcome, protect children from social pressures to dress in a particular way, nurture cohesion and promote good relations between different groups of pupils.

School uniforms are required to be fair for both genders, to be reasonably low cost and to tolerate religious freedoms, e.g. allowing male Sikhs to wear turbans and female Muslims to wear headscarfs. Normally it is a blazer in the school colours or a white shirt or blouse; a tie, trousers or skirt in black, grey, or blue, and black shoes. It could also be a shirt, sweater, and tie or a polo shirt and a sweatshirt.

“Uniforms give students a sense of belonging to a particular school and create an identity for the school in the community.”

“A school uniform can improve learning by reducing distraction, focusing on schoolwork and making the classroom a more serious environment”. “

“A uniform means students don’t have to worry about their clothes. When everyone is dressed the same, worrying about what you look like isn’t so important. There is no competition about being dressed in the latest trend, which would put a great deal of financial pressure on students and parents. Potential bullies have one less target for their insults; it’s hard to make fun of what someone is wearing when you’re dressed exactly the same”.

“If students wear school uniforms, they will have lack of imagination or won’t be able to show their expressions or originality”.

“I believe it blocks the student’s ability to be different and unique. A student should be able to show how he is different and express themselves.”

“Wearing uniforms promotes a form of uniformity characteristic of militarism”.

My question is: Are you for or against school uniforms? Why? 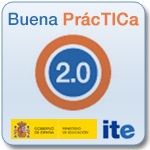