Wordia is an English Game. Clic, play and learn English Do you like to practice with THERE IS and THERE ARE ? Here you are 3 exercises 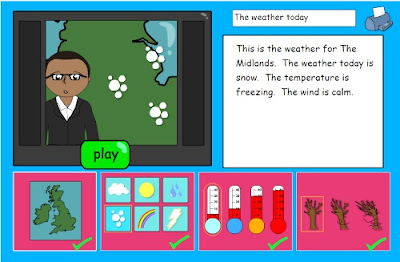 “Clicking the map and weather icons along the bottom of the screen will change both the script and the weather reporter’s map, depending on the icons selected.”