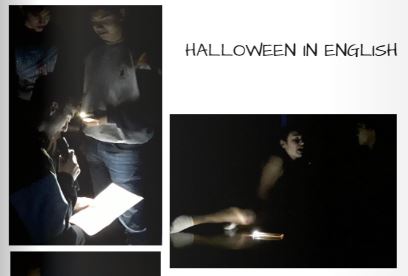 “Do you remember me?”

This story happened in 1982. it’s about a nine-year-old girl named Rebeca who lived in a big house right here, before this high school was built.

One day while she was having a bath someone pushed her and made her drown. That person didn’t stop until there was no air in her lungs. She died, but she never knew who killed her.

Years went by… Ten years later a boy named Marc was washing his hands in the toilet. He want doesn’t want to come back to class because Maths was so boring… Suddenly, he felt like someone was behind him, he turned around but there was no one there. He was paranoid but he had to go back to his class. He realized he couldn’t stop thinking about it, he felt something cold and it gave him chills. In fact, he needed to tell his best friend, Leo what he felt because he wanted to go back there, but not alone. So, he asked Leo to come with him later that evening to find out what it was…

At 7 p.m. they were at that same toilet, Marc didn’t want to recognize that he was frightened but he was, however they went into the bathroom. They were standing right there for at least ten minutes, nothing happened. Leo started joking about that “ghost” that Marc had seen. Leo was talking about going back home but then the lights went off, it was all dark…

It was like that (pitch black*) for a few minutes and then the lights turned on, there was something written in the mirror: “DO YOU REMEMBER ME?” They screamed and then they saw her behind them, a little girl with wet hair and a white dress was trying to touch them. Leo started to run and he escaped but Marc wasn’t that lucky. Rebeca touched his shoulder and whispered into his ears: “HI BROTHER”. She possessed him, he felt like his soul was replaced by

hers. She thought she finally had someone to take revenge on. There’s something that you didn’t know. They didn’t share the same mother, Marc was Rebeca’s stepbrother. Since her death she was always thought his stepmother was the one who killed her…

Rebeca inside Marc’s body was coming home. She knocked and Marc’s mom, Eva, opened the door. She acted like nothing happened and she waited until Marc was asleep. Then Rebeca leaved Marc’s body and started searching for Eva…

Eva was washing the dishes and Rebeca approached her quietly and then pushed her towards the fridge, Eva hited her head and she was unconscious. While she was sleeping, Rebeca covered her mouth so she couldn’t scream. Eva was waking up and he was sitting in the bathroom floor, Rebeca was watching her with a smile on her face. Rebeca told her: “THIS IS WERE ALL STARTED, AND IT’S GOING TO END HERE”. Rebeca sustained scissors on her hands, she touched Eva’s hair “I LOVED YOU MOMMY”, and then she started cutting her stepmother’s head. Eva was dead and Rebeca disappeared…

The next morning Marc got up and he didn’t know where her mother was, so he started looking all over the house; finally he opened the bathroom door, and he saw his mother laying on the floor, with her blood all over her face. Marc didn’t handle it, he thought it’s his fault so with that same scissors he decided to kill herself .

And now we explain the story of Rebeca’s revenge, we must tell you a few days ago we listened noises in the second floor toilet, maybe she hasn’t finished what she started….

Once upon a time, there were two kids alone in Caroline’s house. Their parents went to a shopping center to buy sweets for the Halloween night. Jacob and Caroline were doing their homework when, suddenly, they heard a noise in the kitchen.

They went to the kitchen to see what was happening. They were hungry, too. When they arrived, they saw a broken plate on the floor and some glasses that had fallen down.

They were scared, but at the same time curious. Each time that they took a step, the strange noises were louder. When the arrived to the hallway, a shadow suddenly appeared in front of the children.

The shadow was large with sharp ears and a hairy tail. Every time that it came closer, it was bigger then before. Caroline, with her shacking hand, turned on the light…

The boy opened his eyes, but instead of seeing the big shadow, he found Caroline’s dog!

Pepper had a broken plate in his mouth, and they started to laugh.