We know that this is not the right title of the story. In fact, here you’ve got the combination of two fairy tales: GOLDILOCKS AND THE THREE BEARS and THE THREE BILLY GOATS GRUFF.

On Wednesday 6th February, pupils from 5th and 6th grade played the stories they had been preparing in TEATRING WORKSHOP. This time the play was for kids from Gavines class (P5B) . It was played in English, of course, because this is one of the aims of this workshop, and children from P5B had to guess the title of every story, and they did it!!! So, we can say that actors and actresses had made their work in a fantastic way!!!

Then, at the end of May, the last Teatring Workshop pupils played same stories for children from P4 (Tortugues i Peixos) It was a really success because they could represent them on the stage from our Music Room.

Here you have some pictures of the plays: Actors and actresses greeting the audience Goldilocks is eating some porridge

The first Billy Goat Gruff is going to eat some grass

TEATRING: A workshop to introduce the theatre

At our school, we learn Arts through what we call workshops. In every cycle, there are five o six different workshops, and one of these is always developed in English language. In Cicle superior we have TEATRING. It is a workshop where we can practice different skills related to drama. The main idea is to learn that this art is not only to represent a story, but to express something with your voice, your body gestures, your face expressions, with the make up you decide to use and the clothes you need to wear, …

Every session is about one hour and a half. We use the last thirty minutes to prepare a play that pupils from this cycle are going to represent for children from P4, P5 and 1st grade.  They are traditional stories that these boys and girls usually know in their own language. Here you have some videos where you can see the first contact with the stories.

In 5th grade, during our first term, we have been learning many new things about the Earth. One of the topics was THE LAYERS OF THE EARTH.  We started it investigating with the help of the netbooks: We had to visit these websites www.physicalgeography.net/fundamentals/10h.htm

to  get the information asked in the worksheet LET’S INVESTIGATE. Here you have some pictures of that activity and also the worksheet we used to find the main ideas we needed to know. 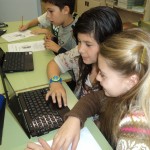 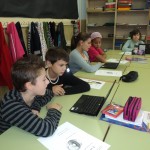 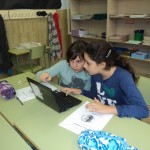 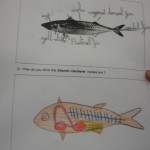 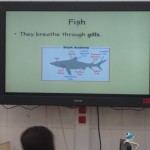