How old do you think Johnny Depp is?

Edgy*, alternative and unconventional: adjectives you might associate with the eternally young actor Johnny Depp, who turned 45 in June.

Depp’s films have grossed* over $4.7 billion all around the world, according to the website www.thenumbers.com.

Tim Burton has been Depp’s most constant collaborator. They are really close*: Depp is godfather* to Burton’s son.

The actor has starred* in five of Burton’s films. Depp said: “He can ask me everything. If he wants me to have sex with an aardvark in one of his next movies”

*to be close: ser pròxim

The UK has recently introduced some rules to control junk food TV advertisements during kids’ TV shows, in an attempt to control the abuse of this kind of food (burgers, chips, pizzas…). But it seems it hasn’t worked that well since there are lots of TV programmes children like watching that are not thought for kids (so those rules cannot be applied), so they end up watching these adverts, anyway.

Do you think there is a problem with junk food in our country?

Here you have some pictures of the destruction left behind after Hurricane Ike slammed Cuba on the 8th of September, and hit Texas some days later. 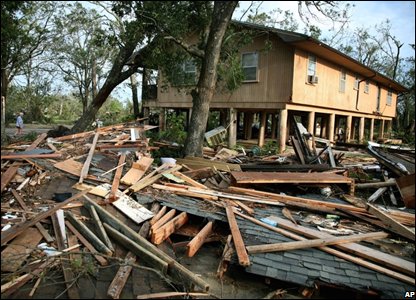 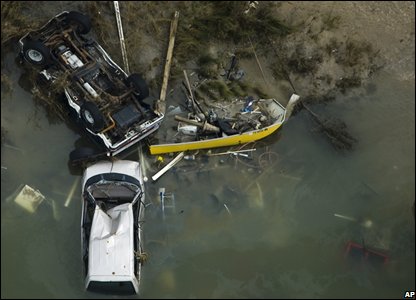 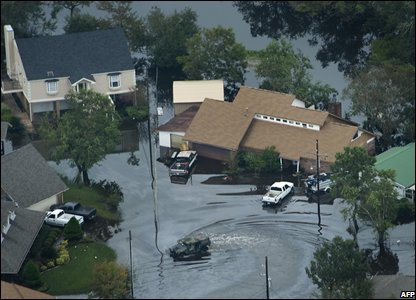 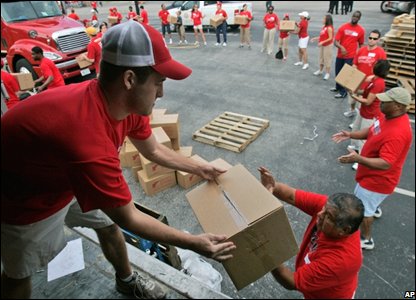 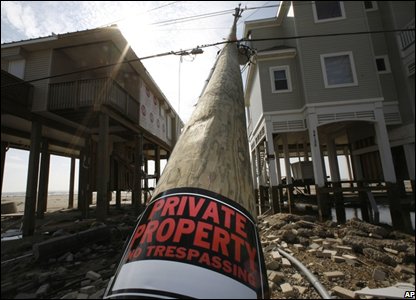 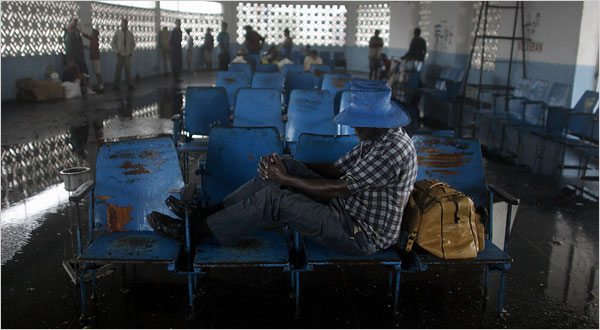 Bad news for Harry Potter fans – the release of the sixth film has been delayed by eight months!

Harry Potter and the Half-Blood Prince was due for release in November this year, but now studio bosses say it won’t hit cinemas until 17 July 2009.

Warner Bros said the Hollywood writers’ strike earlier this year meant some of the films that had been planned for the summer wouldn’t be ready on time.

Fans had been getting more excited about the sixth film after a trailer, giving the first glimpse of Hero Fiennes-Tiffin as the young Tom Riddle, was released two weeks ago.

Despite the delay, Warner Bros insists the seventh and final Potter films will stick to their original release dates.

Studio boss Jeff Robinov said: “The studio’s release plans for the two-part Harry Potter and the Deathly Hallows will not be affected by this change.

“In fact, the good news for them is that the gap will now be shortened between Half-Blood Prince and the first part of Harry Potter and the Deathly Hallows.”

From fake clothing to DVDs, CDs and toys – imitation goods are out there!

But we’d like to know if you’ve ever bought anything that has turned out to be a fake.

They may look like the original but the quality is usually much poorer, which means they never last as long.

So if you’ve ever been sold something that’s turned out to be not the real thing, we’d like to hear from you!

Send us an e-mail at our address omenglishblog@gmail.com and we will correct it (if necessary) and we will load your stories in the blog.

Visit this web-site to play a very challenging game!

Listen to the famous song Wonderwall (Oasis) while you watch the lyrics!

Today is gonna be the day

That they’re gonna throw it back to you

By now you should’ve somehow

Realized what you gotta do

I don’t believe that anybody

That the fire in your heart is out

I’m sure you’ve heard it all before

But you never really had a doubt

I don’t believe that anybody feels

And all the lights that lead us there are blinding

There are many things that I would

I don’t know how
Because maybe

You’re my wonderwall
Today was gonna be the day?

But they’ll never throw it back to you

By now you should’ve somehow

Realized what you’re not to do

I don’t believe that anybody

Feels the way I do

And all the lights that light the way are blinding

I don’t know how
I said maybe

You’re my wonderwall
I said maybe

What was the slave trade?

It seems hard to imagine now but since about 1500 there was a lot of money to be made buying and selling people as slaves.Companies would go to Africa and capture men, women and children to be taken in horrific conditions on ships and destined for a cruel life in slavery.

Cities such as Bristol, London and Liverpool grew rich off the trade.

It’s thought about 24 million Africans were sold to slave traders.

The slaves were usually sent to work in the sugar cane fields on plantations – giant farms – in the Caribbean, North America and South America where the work was really hard and dangerous. Many were left disabled by work accidents.

Other slaves were used as personal servants in polite society in cities such as London and Edinburgh.

How were slaves treated?

It was a very hard life as a slave and very difficult to imagine now.

Whole families would be taken from their homes in Africa against their will and moved in dreadful cramped, diseased conditions on ships. Many died during the voyage.

The people would then be sold as slaves – separated from their family – and become the property of someone, just like you would own a bicycle or a car. They had no rights at all.

This would mean they might have to change their name to that of their owner, and work really hard for up to 18 hours a day in terrible conditions.

They had a poor diet and no care for their health, often walking for miles in the hot sun and living in rough huts and sleeping on a dirt floor.

Masters would control their slaves by whipping them.

Once a slave started work on a plantation they usually only lived for about seven years because they were worked so hard. If the plantation was run by a church they usually died after three years.

Being a slave was a hard, miserable life.

How was it abolished?

In the late 18th century, an anti-slavery movement began to get a lot of backing in Britain, firstly by some religious groups, such as the Quakers.People began to stop using sugar as they didn’t want to be seen to be supporting the use of slaves on the big sugar plantations.

Thomas Clarkson spent seven years riding 35,000 miles on horseback across Britain, getting support for the anti-slavery campaign and in 1787 persuaded the MP William Wilberforce to take the fight into Parliament.

At the same time, slaves were protesting about how they were being abused. One of these was Olaudah Equiano, a former slave who bought his own freedom and published a best-selling book.

The Abolition of the Slave Trade Act was passed by the British Parliament on 25 March 1807.

This law included a fine of £100 for every slave found aboard a British ship – at that time the fine was so high it probably would have put the ship owner out of business.

Slavery was then wiped out slowly – with slaves first being freed but signed up to work in “an apprenticeship” for their masters for five years.By 1838 all slaves in the British Empire were formally set free.

Slaves didn’t get any money for all the work they had done, but slave owners were given money for the loss of the slaves! One example was the Bishop of Exeter who gave up 665 slaves so got £12,700 (around £750,000 today).

Is there still slavery today?

Modern slavery is different from historical slavery because although today people may live in awful conditions and be forced to do things, they still have human rights.

So for example if a young girl was kidnapped today and made to work as a servant, but then managed to escape, then the police would protect her.

In the old days, if she was a slave and escaped she would be returned to her master by the police and probably whipped for being a disobedient slave.

One in six people who are forced to work are victims of what’s called human trafficking, a business that makes huge amounts of money for those who run it.

It’s thought there are about 5 or 6 million children who are forced to work. Some of them are born into slavery, others are sold by their parents or stolen – they work in farming, factories and for richer people.

Here is an interview with the famous writer JK Rowling

(This article does not contain Spoilers)

Q:It’s been an incredible 10-year journey. What’s it like reaching the end of all of this?

JK: I can’t tell you. I’ve never been so excited about a launch. I’m really emotional as well. I could cry.

I’m very happy tonight; this is my favourite book of the series, so that is the best way to end this. Whether people like it or not, I really like it. As a writer, when you strip it all back, that’s what it’s about.

Q:How does tonight compare to some of the other highlights of the last 10 years of Harry Potter?

JK: Tonight has got to be up there. It’s going to be one of my eternal memories of the whole thing. Today’s really been a day to look back and remember how it used to be.

I’ve had many conversations with people like my American editor in New York. We’ve just been reminiscing about what it’s been like over the past 10 years.

Q:We’ve had a week full of people leaking things that they say are spoilers and the incredible secrecy that’s built up around it.

JK: I think the two things feed off each other. We tried to protect the stories so that children particularly could reach them and enjoy the pleasure of reading the book. Therefore, inevitably, there are people who want to try and break the embargo.

You become locked into this horrible situation. I’m so grateful that nearly everyone kept to the embargo coz I’ve just sat in the middle of all these children and they’re all saying “what happens, what happens?” and they don’t know. That’s miraculous really!

Q:When will we be hearing from you again?