Five months after twin tragedies cast a spotlight on the state’s ailing orcas, Washington plans to spend more than $1bn to stave off extinction.

If enacted, a proposal from the governor, Jay Inslee, would knock down two dams, repair habitat and place a three-year ban on orca watching. Crucially, Inslee hopes to shore up salmon runs that feed the orca while cleaning and quieting the waters in which they live.

The deaths of two young orca this summer transfixed the nation and inspired a desperate push to save the black-and-white creatures, also called killer whales, who are treasured regional symbols. A shortage of Chinook salmon, pollution, and marine noise caused by boats – which blinds their echolocation – has led to diminishing numbers of orcas. Three years have passed since an orca calf born in the region has survived. 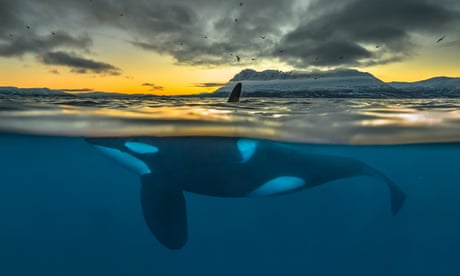 Orca ‘apocalypse’: half of killer whales doomed to die from pollution

The proposal comes as the resident orca population approaches a point of no return. Many fear that, absent a dramatic change, soon there may be too few orca to rebuild the population.

“That’s when extinction happens,” says the state senator Kevin Ranker. “We’re hopefully not there yet, but if we’re not, we are right at the brink.”

A three-year ban on whale-watching near orca that live full-time in Washington waters is the most immediate change proposed by the governor.

Ranker, a Democrat whose constituents include whale watch operators in the San Juan Islands, said the moratorium delivered an immediate benefit to the starving orca while still allowing tourists to observe gray and humpback whales, as well as ocean-going orca that visit Washington waters. The restriction also buys time as habitat restoration, pollution reduction and dam removal initiatives begin.

Despite legal protection and a contentious recovery effort, the Washington-resident pod’s population has fallen to levels not seen since aquarium operators stopped netting orca in 1976.

The first to die this summer was the calf of a whale named Tahlequah. Born on 24 July, she died minutes later. Tahlequah nosed her for a week as the world watched, before her calf disappeared.

Days later another young orca, three-year-old Scarlet, appeared to be dying. Veterinarians fired medicated darts into her. Lummi Nation fisherman dumped Chinook salmon in her path to feed her. She died anyway, disappearing in early September.

Howard Garrett, co-founder of the Orca Network, called the events “a tour of grief”, adding: “The only saving grace out of that was the international awareness, the sudden empathy.”

Hundreds of millions of dollars in the governor’s proposal would go to fixing roads that block salmon streams, a move already ordered by a federal court. Another $117m would pay to swap out the engines on two 20-year-old car ferries; quieter, cleaner boats would be less disruptive to orca.

Saving the animals will require reviving Pacific north-west salmon runs. That means rebuilding an entire ecosystem and reimagining the hatchery system that pours tens of millions of juvenile salmon into Puget Sound. 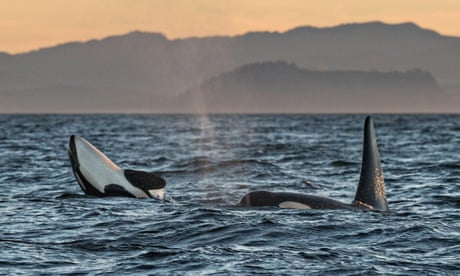 “The ecosystem these fish are going into is changing as a result of climate change and changes in the food web,” said Jacques White, the executive director of Long Live the Kings, a organization dedicated to Chinook salmon recovery. “This happened to us because we weren’t paying attention to what was going on. We were trying to manage an ecosystem by pulling one lever at a time, and we’ve got to get a lot smarter than that.”

The proposal drew recommendations authored by collection of experts, state and tribal leaders, environmental activists and industry representatives. The same taskforce is expected to bring forward another round of recommendations in 2019.

Most cheered Inslee for taking a strong first step toward reviving the orca, while acknowledging that the work was not nearly done. The danger is that politics will now get in the way as the budget moves through the state legislature.

“We have to be bold, or we will witness extinction,” said Ranker, a longtime advocate for environmental protection. “If we allow the drama in [the state capitol] Olympia to get in the way, we will fail. And failure means extinction, and extinction is not an option.”

The governor’s proposal speeds the removal of two small dams on rivers and allocates $750,000 to move toward opening dams on the Snake river, which would require federal approval. The dams are controversial because they have decimated Chinook salmon runs on the river – runs that could feed the orca. Even that small step, though, drew a sharp response from Republican lawmakers.

“The people of eastern Washington whose livelihoods depend on these dams should not be collateral damage for anyone’s presidential ambitions,” said the US representatives Cathy McMorris Rodgers and Dan Newhouse in a joint statement.

Breaching the dams, they continued, “is out of the question”.

But Garrett, who has watched the Puget Sound orcas for decades, says the governor’s proposal does not go far enough because it fails to more urgently demand the dams be removed. “I don’t think it will help the whales much, in the short-term or the long-term,” he said.

He continued: “It doesn’t seem to address directly the issue of salmon scarcity and what should be done.”

… we’re asking readers to make an end of year or ongoing contribution in support of The Guardian’s independent journalism.

Three years ago we set out to make The Guardian sustainable by deepening our relationship with our readers. The same technologies that connected us with a global audience had also shifted advertising revenues away from news publishers. We decided to seek an approach that would allow us to keep our journalism open and accessible to everyone, regardless of where they live or what they can afford.

More than one million readers have now supported our independent, investigative journalism through contributions, membership or subscriptions, which has played such an important part in helping The Guardian overcome a perilous financial situation globally. We want to thank you for all of your support. But we have to maintain and build on that support for every year to come.

Sustained support from our readers enables us to continue pursuing difficult stories in challenging times of political upheaval, when factual reporting has never been more critical. The Guardian is editorially independent – our journalism is free from commercial bias and not influenced by billionaire owners, politicians or shareholders. No one edits our editor. No one steers our opinion. This is important because it enables us to give a voice to those less heard, challenge the powerful and hold them to account. Readers’ support means we can continue bringing The Guardian’s independent journalism to the world.

Please make an end of year contribution today to help us deliver the independent journalism the world needs for 2019 and beyond.