The health damage inflicted on people by long-standing air pollution in cities is likely to increase the death rate from coronavirus infections, experts have said.

Dirty air is known to cause lung and heart damage and is responsible for at least 8m early deaths a year. This underlying health damage means respiratory infections, such as coronavirus, may well have a more serious impact on city dwellers and those exposed to toxic fumes, than on others.

However, strict confinement measures in China, where the coronavirus outbreak began, and in Italy, Europe’s most affected nation, have led to falls in air pollution as fewer vehicles are driven and industrial emissions fall. A preliminary calculation by a US expert suggests that tens of thousands of premature deaths from air pollution may have been avoided by the cleaner air in China, far higher than the 3,208 coronavirus deaths.

The experts stressed, however, that no one is claiming the pandemic can be seen as good for health and it is too early for conclusive studies to have been done. In particular, they said, other indirect health impacts of the coronavirus, via lost income and lack of treatment for other illnesses, will also be large.

While urban air pollution has declined in developed countries, the understanding of the widespread damage it causes to health has increased, and toxic air has risen to extreme levels in developing countries, such as India.

“Patients with chronic lung and heart conditions caused or worsened by long-term exposure to air pollution are less able to fight off lung infections and more likely to die. This is likely also the case for Covid-19,” said Sara De Matteis, at Cagliari University, Italy, and a member of the environmental health committee of the European Respiratory Society. “By lowering air pollution levels we can help the most vulnerable in their fight against this and any possible future pandemics.” 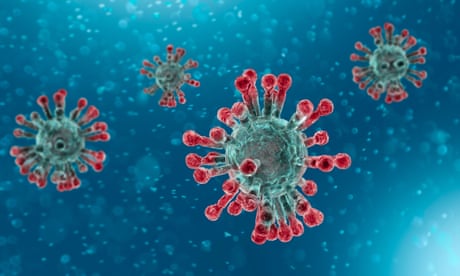 Coronavirus: the week explained – sign up for our email newsletter

There is evidence from previous coronavirus outbreaks that those exposed to dirty air are more at risk of dying. Scientists who analysed the Sars coronavirus outbreak in China in 2003 found that infected people who lived in areas with more air pollution were twice as likely to die as those in less polluted places.

Research on the Mers coronavirus outbreak, first seen in Saudi Arabia in 2012, showed that tobacco smokers were more likely to get the disease and were more likely to die. Early research on Covid-19 suggests smokers and former smokers are more susceptible to the virus. But one difference is that Covid-19 appears to have a lower overall mortality rate than Sars or Mers.

“Given what we know now, it is very likely that people who are exposed to more air pollution and who are smoking tobacco products are going to fare worse if infected with [Covid-19] than those who are breathing cleaner air, and who don’t smoke,” Aaron Bernstein, at the Harvard TH Chan School of Public Health told the Washington Post.

Reductions in air pollution have been recorded over northern Italy, the centre of that nation’s outbreak. Air pollution also fell sharply across China in the four weeks after 25 January, when regions shut down in response to the outbreak. The level of PM2.5, dangerous small pollution particles, fell by 25%, while nitrogen dioxide, produced mainly by diesel vehicles, dropped by 40%.

The link between such pollutants and early deaths are well known and Marshall Burke, at Stanford University in the US, used the data to estimate the impacts on air pollution mortality. The young and old are worst affected by dirty air and, using conservative assumptions, Burke calculated the cleaner air may have prevented 1,400 early deaths in children under five and 51,700 early deaths in people over 70.

“It seems clearly incorrect and foolhardy to conclude that pandemics are good for health,” he said. “But the calculation is perhaps a useful reminder of the often-hidden health consequences of the status quo, ie, the substantial costs that our current way of doing things exacts on our health and livelihoods.”

He said that indirect impacts of Covid-19 are probably much higher than currently known. “It seems likely that any ‘benefits’ from reduced air pollution are going to be dominated by the direct and, especially, the indirect costs of the virus, [such as] the health effects of lost income and the morbidity/mortality costs of non-Covid health problems going untreated.”

Sascha Marschang, the acting secretary general of the European Public Health Alliance, said: “Once this crisis is over, policymakers should speed up measures to get dirty vehicles off our roads. Science tells us that epidemics like Covid-19 will occur with increasing frequency. So cleaning up the streets is a basic investment for a healthier future.”