‘It can kill you in seconds’: the deadly algae on Brittany’s beaches

André Ollivro stepped carefully down the grassy banks of an estuary in the bay of Saint-Brieuc, Brittany, not far from his beachfront cabin. The pungent smell of rotting eggs wafting from decomposing seaweed made him stop and put on his gas mask. It was a strange sight in what is usually a tourist hotspot.

“You can’t be too careful,” said the 74-year-old former gas technician, who is leading the fight against what has come to be known as France’s coastal “killer slime”.

“When I was 16, I used to bring a boat here with my uncle,” Ollivro said. “In those days, it was all about natural beauty and you didn’t see seaweed piled up. It’s a shame this place has come to be associated with death.” 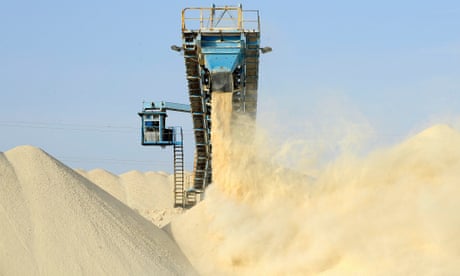 For decades, potentially lethal green algae has amassed in shallow bays on Brittany’s beautiful north-western coast. Environmentalists say the blossoming of unusually large amounts of green algae is linked to nitrates in fertilisers and waste from the region’s intensive pig, poultry and dairy farming flowing into the river system and entering the sea. When the algae decomposes, pockets of toxic gas get trapped under its crust — potentially fatal to humans if they step on it.

“It could kill you in seconds,” Ollivro said, as he took out a gas reader to monitor levels for his environmental campaign group.

This summer, six Brittany beaches were closed because of a mass of dangerous seaweed. The bay of Saint-Brieuc was the focus, with bulldozers piling so much algae into dumper trucks on the beach that an inland treatment centre, where seaweed is dried out and disposed of, briefly closed due to an unbearable stench. The centre blamed the foul odour on the method used to collect the algae, which had mixed in mud and sand. Local residents complained the smell was so bad it woke them up at night.

The row over algae intensified in July when the family of a man who died in the putrid seaweed sludge of the Gouessant estuary in 2016 sued the state and local authorities. The family said not enough was done to prevent the spread of seaweed and the public was not properly warned of the fatal danger.

Jean-René Auffray, 50, was fit and preparing for a long-distance race when he set out on an afternoon jog from his home near the beach in Hillion. His dog returned alone and his wife and children went out to search for him. The area where he was found had already seen over 30 wild boar die in sludge five years before, with a likely link to rotting seaweed. But Auffray’s body was not immediately tested or autopsied until weeks later, too late to accurately measure the role of toxic gas.

“The family don’t want this to happen to anyone else again,” said their lawyer, François Lafforgue. “For years, the state has talked about measures to stop this algae spreading, yet year after year we see the situation getting worse, or not changing. So there’s clearly a gap between the state’s declarations and reality.”

Last year, after a legal battle, the death of another man, Thierry Morfoisse, was ruled to have been a workplace accident linked to the seaweed. Morfoisse died suddenly while he was driving a truck transporting algae away from a beach in 2009. The head of the French Green party, Yannick Jadot, recently accused the state of covering up the risks from the seaweed with “cynicism and the law of omertà”. He said the government was too keen to protect the food industry. Protesters have targeted industry giants rather than small farmers.

In the postwar period, Brittany became the centre of French industrial farming, with the intensive rearing of pigs and chickens, but also large-scale production of tomatoes and other produce. Brittany accounts for only a small percentage of the agricultural surface of France, but produces half the country’s eggs, milk and meat. One in three people in Brittany work in the farming and food industry. The region has more pigs than people. Fears about seaweed blooming because of nitrates from intensive agriculture first surfaced in 1971.

This summer, a new comic book, Green Algae: The Untold Story, an investigation into the scandal by Inès Léraud, became a surprise bestseller and had to be reprinted. Léraud, who spent three years living in a small local community, detailed the fight by a local doctor, Pierre Philippe, to raise the alarm over the fatal danger of the blooming seaweed after a 27-year-old vet was dragged unconscious from a patch of rotting algae a metre deep in 2009. The horse he was riding collapsed and died within minutes from fumes given off by the sludge on the beach.

“There has been a wall of silence for several decades,” Léraud said. “Around 20 people die on the coast each year, often swept away with tides or currents, but the question is: could some of those people have fainted from toxic gas from seaweed before being swept out? The state has not shed full light on all these issues.” 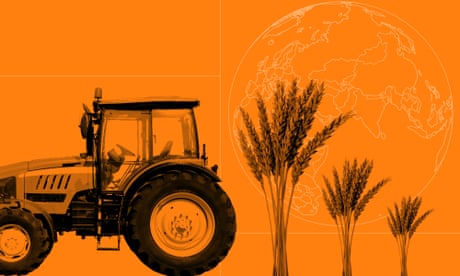 Can we ditch intensive farming – and still feed the world?

Thierry Burlot is deputy head of environment for the Brittany region and runs the only refuse centre processing seaweed collected on beaches. He said state initiatives had considerably reduced nitrates in the water system in recent years – levels in the bay of Saint-Brieuc had dropped by half. “Brittany has around 2,700km of coastline, and less than 5% of it is affected by this algae phenomenon,” he added. “Fifteen years ago, at the worst point, we would collect 30,000 tonnes of algae a year from certain beaches in the Côtes d’Armor. Now it’s 10,000 a year … We’re mobilised to do more.”

Sylvain Ballu, a scientist from Ceva, the local centre monitoring green algae, said the algae bloomed in specific shallow bays where light could penetrate. He said there were positive signs of nitrate levels going down, but there was no choice but to lower them further. 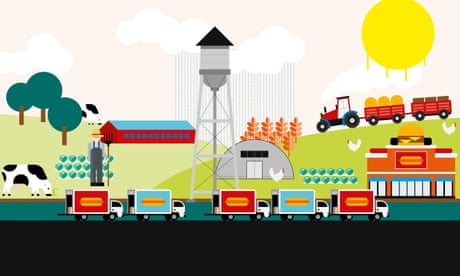 What is the true cost of eating meat?

“Pollution is often invisible to the naked eye, particularly if it’s nitrates or pesticides,” Ballu said. “This green algae has made invisible pollution extremely visible, extremely smelly and dangerous. It has brought the issue to the surface.”

Yves-Marie Le Lay, a former philosophy teacher campaigning against the seaweed in Brittany, has launched a petition for coastal deaths to be tested for links to toxic gas from algae. He carries a gas mask and gas monitors, and often tests beaches. “For too long, public powers have thought: business first, environment later,” he said. “Now more and more people are joining our fight.”