Jay Forrester: the man who saw the future 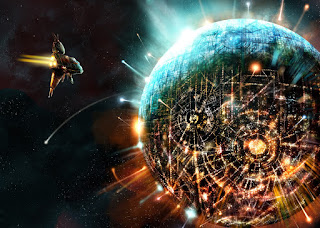 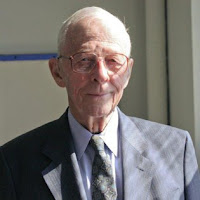 Jay Forrester, one of the great minds of the 20th century, died at 98, a few days ago. His career was long and fruitful, and we can say that his work changed the intellectual story of humankind in various ways, in particular for the role he had in the birth of the Club of Rome’s report “The Limits to Growth”

In 1969, Forrester was a faculty member of the MIT when he met Aurelio Peccei in Italy. At that time, Peccei had already founded the Club of Rome, whose members were worried about the limits to the natural resources that the Earth could provide. They were trying to understand what the consequences would have been for humankind. From what Peccei wrote, it seems clear that he was seeing the situation mostly in Malthusian terms; thinking that the human population would have been growing until reaching the resource limits, and then stay there, kept in check by famines and epidemics. The main concern of Peccei and of the Club of Rome was to avoid human suffering by ensuring a fair distribution of what was available.

The encounter with Forrester changed this vision in ways that, perhaps, neither Peccei nor any of the Club members would have imagined. In the 1960s, Forrester’s models were already well advanced. Based on a completely new method of calculation that Forrester had dubbed “system dynamics,” the models were able to take into account how the many variables of a complex system interacted with each other and changed in time.

The result was the study that the Club of Rome commissioned to Forrester and to his research group: simulate the future of humankind over a time range of more than a century, all the way to 2100. Forrester himself prepared a complete study with the title “World Dynamics” that was published in 1971. A group of Forrester’s students and coworkers prepared a more extensive study titled “The Limits to Growth” that became a true intellectual revolution in 1972.

Forrester’s system dynamics provided results that proved that Malthus had been an optimist. Far from reaching the limits to growth and staying there, as Malthus had imagined, the human civilization was to overshoot the limits and keep growing, only to crash down, badly, afterward. The problem was not just that of a fair distribution of the available resources, but to avoid the collapse of the whole human civilization. The calculations showed that it was possible, but that it required stopping economic growth. That was something that nobody, then as now, couldn’t even imagine to do.

You know how things went: I told the story in my book “The Limits to Growth Revisited“. Forrester’s work was mostly ignored, but the better known “The Limits to Growth” study was not only rejected; it was actively demonized. The legend of the “wrong predictions” of the study was created and it spread so much that it is still widely believed. Yet, the intellectual revolution that was the creation of System Dynamics never died out completely and, today, world modeling is returning. We need to study the future in these times of great uncertainty. It is difficult, unrewarding, and often leading us astray. But we must keep trying.

Perhaps of Forrester’s unknown achievement was of having inspired Isaac Asimov for the character of “Hari Seldon” in the famous “Foundation” series that Asimov wrote starting in the 1950s. We have no proof that Asimov ever met Forrester or knew his work, but they both lived in Boston at the same time, so it is at least possible. Then, Hari Seldon and Jay Forrester share similar traits: both are scientists who develop powerful methods for prediction the future. Seldon develops a field known as “Psychohistory” while Forrester developed “System Dynamics.” In both cases, the equations predict that civilization will undergo a collapse. In both cases, the scientists are not believed by the Imperial authorities of their times, fictional or real.

In Asimov’s story, Seldon goes on to create “Foundation” a planet where the achievements of civilization are kept alive and will be used to rebuild a new civilization after that the collapse of the old one. The plan succeeds in Asimov’s fictional universe. In our case, the real Earth of the 21st century, nobody seems to have been able to create a safe haven for the achievements of civilization that we can use after the collapse. Seeing how things stand, maybe it is the only hope left?

But, maybe, Asimov wasn’t directly inspired by Forrester for his Hari Seldon. Maybe he was just inspired by the archetype of the wise man that, in human history, has been played by people such as Merlin, Laozi, Kong Fuzi, Prince Gautama, Socrates, and many others. Perhaps Jay Forrester deserves to be listed among these wise men of old. Perhaps, the wisdom that Forrester brought to us will come handy in the difficult future that awaits us.

Forrester’s achievements are many besides those of World Modeling. He developed a completely new magnetic computer memory that became the world standard, he developed a complete programming language (called “dynamo”), he is the originator of several fundamental ideas in system management: the “bullwhip effect,” the concept of “Urban Dynamics”; of “Industrial Dynamics” of the “leverage points” in complex systems, and much more. A true genius of our times.