Beijing airport
In the 1980s, British architect Norman Foster revolutionised the airport terminal with Stansted airport. His innovations involved streamlining the systems and machines that make up this most complex of buildings. Now, Zaha Hadid has been brought in to add her magic to Beijing’s Daxing airport, set to be the world’s largest. The new Terminal One will have a radial spoke-like plan, designed to reduce passenger travel distances yet still stretching well over a kilometre end-to-end. Hadid’s main contribution will be one of her trademark smoothly undulating roof surfaces. 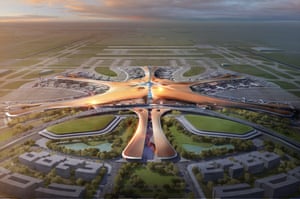 Kingdom Tower, Jeddah, Saudi Arabia
Anyone who has visited Dubai in the last year will have had no choice but to stare at the 828m-high Burj Khalifa, which trashed record books when it became the highest structure ever built by a margin of nearly 200m. Not to be outdone, the Saudi Arabians hired Adrian Smith, the architect who designed the Burj, and got him to work on a new tower in Jeddah that will smash the record by as much again, expected to be over a kilometre high when it is finished. 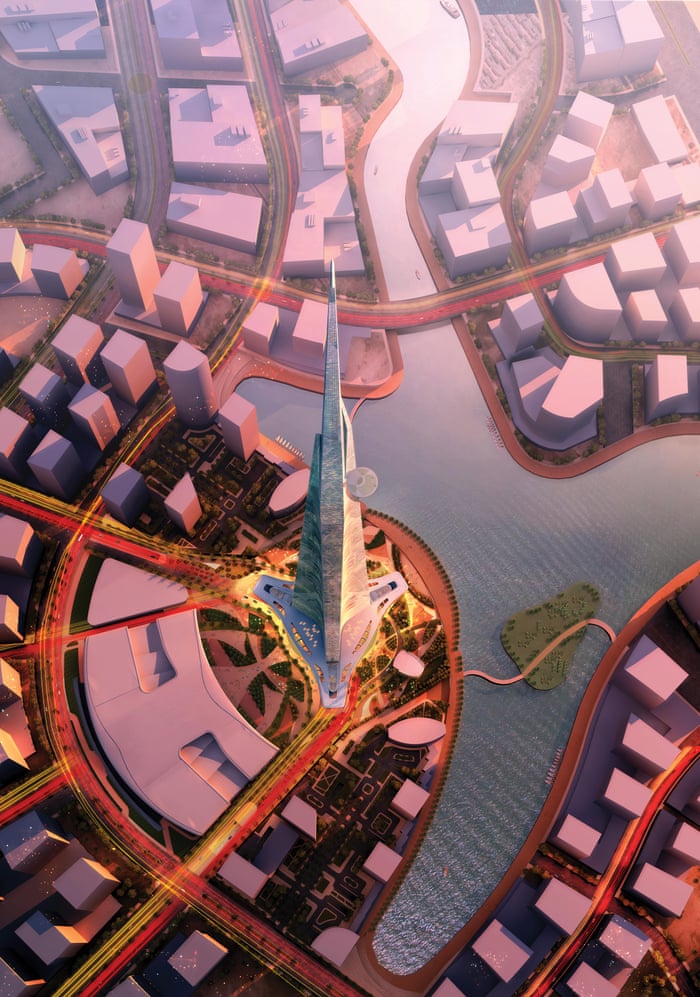 Hong Kong-Zhuhai-Macao Bridge
The Chinese have been planning to bring Hong Kong, Macau and Zhuhai closer together ever since they took back Hong Kong island in 1997 and then Macau in 1999. A new road link under construction combines long bridged sections with cable-stayed spans and an immersed tunnel, the mouths of which are housed on new artificial islands. At 50km long, it’ll take the title of the longest water span in the world from another of China’s bridges in Jiaozhou Bay. 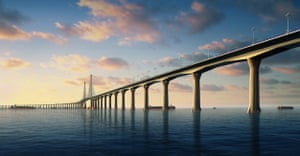 Chernobyl reactor, Ukraine
The engineers of the USSR who fought to bring the Chernobyl disaster under control built a hastily constructed concrete sarcophagus, designed to cover the hole that had opened up above the destroyed reactor. A new steel arched structure is being built, to be rolled on rails over the reactor, from which point demolition work can begin using cranes suspended from the new roof. It’s the most insanely difficult project, right down to the shift practices of the workers – if your personal radioactivity meter hits a certain level it’s tools down and you’re off site. 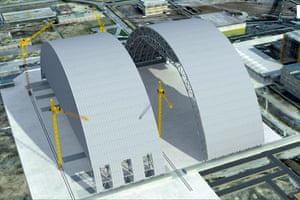 Hotel Abraj Kudai, Mecca
Over in Mecca, the area around the Kaaba will be a forest of cranes for decades to come, as the Grand Mosque is upgraded to accommodate more than two million pilgrims every hajj. Looking down upon the mosque, vast constructions, including the Abraj al Bait, the fourth tallest structure in the world, provide luxury accommodation for Islam’s holiest place. This transformation is completely redefining Mecca, prompting cries that the physical archaeology of Islam is being wiped away. Nearby, the Abraj Kudai cluster of towers will hold mor 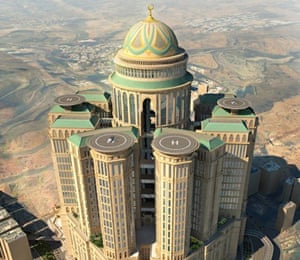 Crossrail, London
Many underground railways have been built before, but the logistical manoeuvring that has been necessary to keep a city of millions running above while this new east-west link is threaded through the sewers, cables, and foundations of London – not to mention existing underground tunnels – is truly staggering. Crossrailis strange for the UK, in that much of the infrastructure of the country is old, and there’s not a great deal of opportunity for expansion. But elsewhere in the world, there are projects on site that set new records for size. 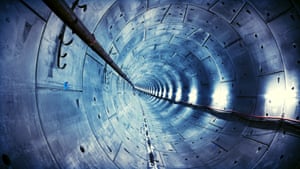 FFR Grand Stade, Paris
For real mass sporting experience, there’s nothing like a stadium. A building that sits empty 90% of the time, then hosts huge crowds, is an extremely difficult task, one that the architects of Populous are wrestling with as they deliver a stadium for the French Rugby Federation that will accommodate 82,000 fans and boast a retractable pitch. It’s one of a generation of stadiums that are moving towards a more stately, civic appearance. Underneath the skin, there is still a mammoth retractable roof apparatus, capable of turning the stadium into one giant interior.